Sheet metal bending is the manufacturing process by which most enclosures, electrical boxes, brackets and components are formed through the use of a machine known as a CNC pressbrake or (brake press).  This technical article explains how fabrication companies bend sheet metal using these types of machines.  We hope that after reading this technical article that you will have a better understanding of how sheet metal bending works.

(Panel Bending machines can also be used, although their operation is outside the scope of this page.)

Sheet metal is bent when it is forced between two tools by the pressbrake: an upper tool (known as a punch) and a bottom tool (known as a V-die).  The pressbrake controls the movement of either the punch or the die and provides the press force using hydraulic rams or electrical servo motors.  The bend angle is predominantly determined by the depth of penetration of the punch within the V-die.

With air bending, the inside radius is predominantly determined by the V-die opening or V-width.  It is preferable for any given material to use the largest practical die opening to minimise the force required, which results in a larger radius.  Often a smaller radius is desirable and a good rule-of-thumb is to use a minimum inside radius equal to the material thickness.  Dies are manufactured in particular sizes and this limits the choice of radii for a particular material.  For this reason generous tolerances on the inside bend radii should be allowed for in the design (typically at least +/- 30% of the required dimension).

The bend length or flange lengths are determined by the position of the back stop or finger stop, shown in black in our images, against which the components are positioned before each bending operation.  On our pressbrakes the stops are moterised and their position is controlled by the CNC program, allowing multiple different bend lengths to be achieved within the same program cycle.

Depending on the width of the pressbrake, multiple different tooling stations can be set up so that a component requiring different tooling setups can be fully bent during one program run.  Each of our pressbrakes have two back stops, but they have differing back stop movement capabilities, with our most capable machines able to have independent movement in all 3 axes, allowing maximum flexibility.

Components vary in complexity, from parts with a single bend, through to parts with multiple bends with multiple flange lengths. Modern pressbrakes are equipped with adjustable backstops, driven by servo motors, against which the components are offered by hand or robotic manipulator. The closer the backstop to the tooling, the shorter the resulting flange is and vice versa.

On complex parts, the backstops adjust after each bend to the corresponding distance required for the next bend. The movement of the backstops and the pressbrake tooling is synchronised by a CNC controller.  CNC programs can be generated online on the machine user interface or by an offline programming (or CADCAM) software package.

You may be interested in our Sheet Metal Component Design Guide.

The maximum force provided by the pressbrake determines the maximum bend length for a combination of thickness of sheet metal, bend radius and bend angle. The force required to bend sheet metal increases with bend length, external bend angle and sheet metal thickness, and it decreases with increasing bend radius. Hydram’s pressbrakes have varying capabilities and maximum bend length of 4 metres and a maximum force of 250 tonnes are available. The table below illustrates some typical examples for 90 degree bends using air bending (not coining).

A variety of pressbrake tools is available to suit different sheet metal bending tasks. The characteristics of the upper and lower tools are varied according to the requirements of the sheet metal component.

Thicker metal is generally processed with a larger bending radius, and this can be achieved by increasing the top tool radius and the distance across the V-die opening or V-width.

Components that require a sharp bend angle require “over bending” tooling.  Both the top and bottom tools in this case have a more acute angle.

Components that have more than one bend often require special top tooling to provide clearance for existing flanges.  Without this clearance the component would collide with the tool before the subsequent bend operation was complete.  This type of tooling is often referred to as gooseneck.

To provide clearance in extreme cases, the top tool can be suspended from the pressbrake beam using modified clamps. These extended clamps provide far greater clearance for large flanges, so long as the pressbrake has sufficient stroke length to accommodate the overall tool height.

When designing sheet metal components with folds or bends it is necessary to create a flat pattern or blank development of the part.  This blank is then laser cut or CNC punched before arriving at the pressbrake for folding.  In creating the blank, it is important that the design takes into account the bend radius formed by the pressbrake tooling.  The bend radius has the effect of decreasing the developed blank size. The larger the radius, the smaller the blank, as shown in the example oppsite.  The design calculations required for sheet metal blank development are referred to as a “bending allowance” calculation.

The bend radius varies with the material thickness and the tooling used for bending the material, and each subcontractor will have their own tooling preference, meaning that different subcontractors may use different blank developments.  It is therefore essential that the production designer or engineer is aware what tooling will be used to bend the material and have a good appreciation what affect this has on the bend radius, and the resulting blank development size.  Likewise, to ensure accuracy of the bent component, the pressbrake operator needs to know what radius the part has been designed with so that the correct tooling choice is made.

Allow a more generous tolerance on flange lengths (+/- 0.2mm) as tighter tolerances, while achievable, will make the part more expensive.  Often tolerances in the drawing title block may be unnecessarily tight for certain dimensions and angles, while appropriate for others.

Avoid dimensioning bend radii where possible.  Each subcontractor will have their own tooling preference, and this determines the bend radii on the part.  If bend radii are important then whenever possible use the same bend radius for all of the bends on the part.  This helps the subcontractor minimise set-ups and reduce costs.  In any event, a generous tolerance should be allowed to allow a maximum choice of tooling (typically +/- 30% of the required dimension).  Note that the resulting radius should not vary within a batch of components made with the same tooling despite the wide tolerance allowance.

Generally, dimensioning should be done from a feature to an edge.  Avoid feature-to-feature dimensions over two or more planes.  Feature-to-bend dimensions may require special fixtures or gauges.

If a blank development is required on your drawing, then mark it up as “For Information Only”.  Developments provided by third parties are often created without consideration for the actual pressbrake tools to be used during production, which will influence the accuracy of the finished part.  To maximise quality, precision subcontractors will generate their own blank development to suit their tooling, ensuring that the formed component matches the requirements. 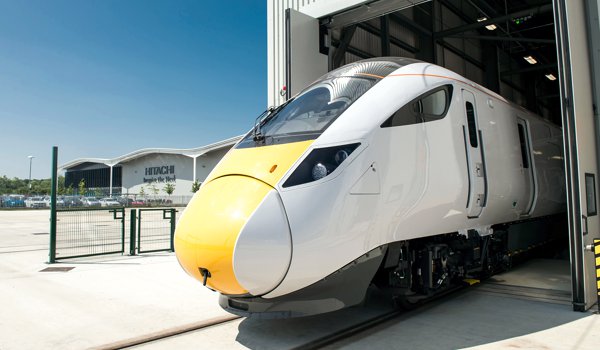 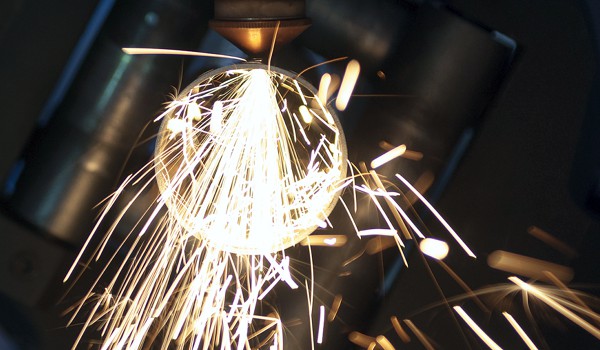 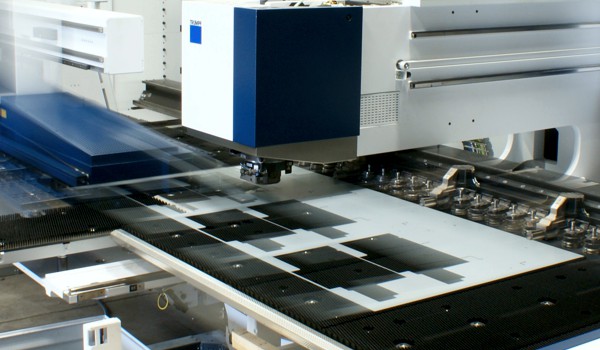 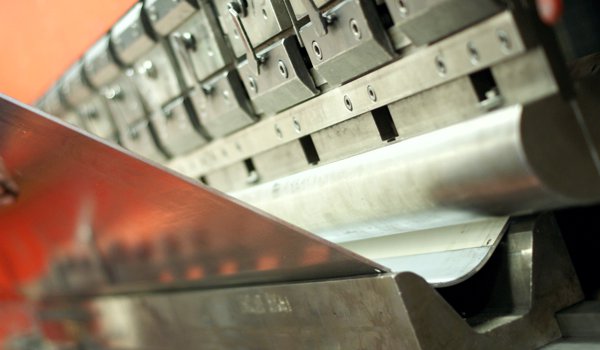 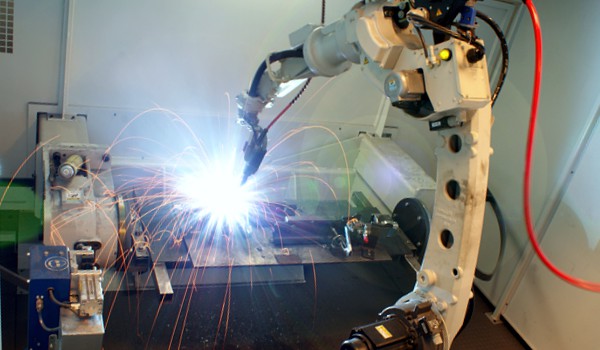 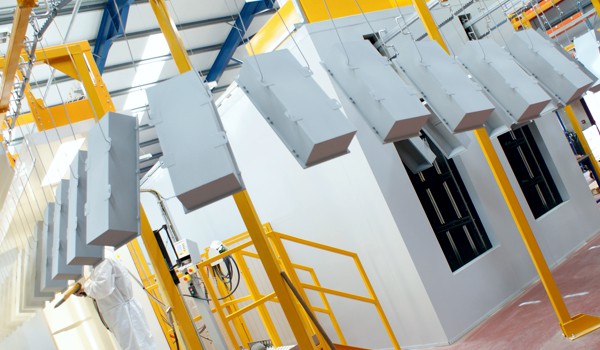 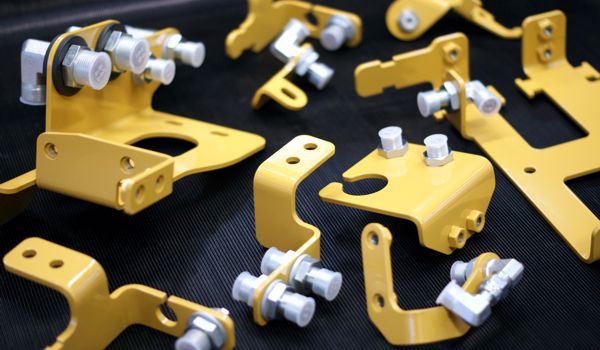 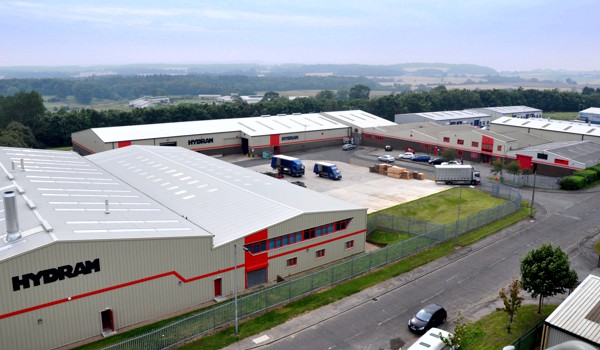